First, examine the anatomy of the acoustic guitar in the image below. The classical and electric guitars have several minor differences, but in general have the same parts as the instrument below. 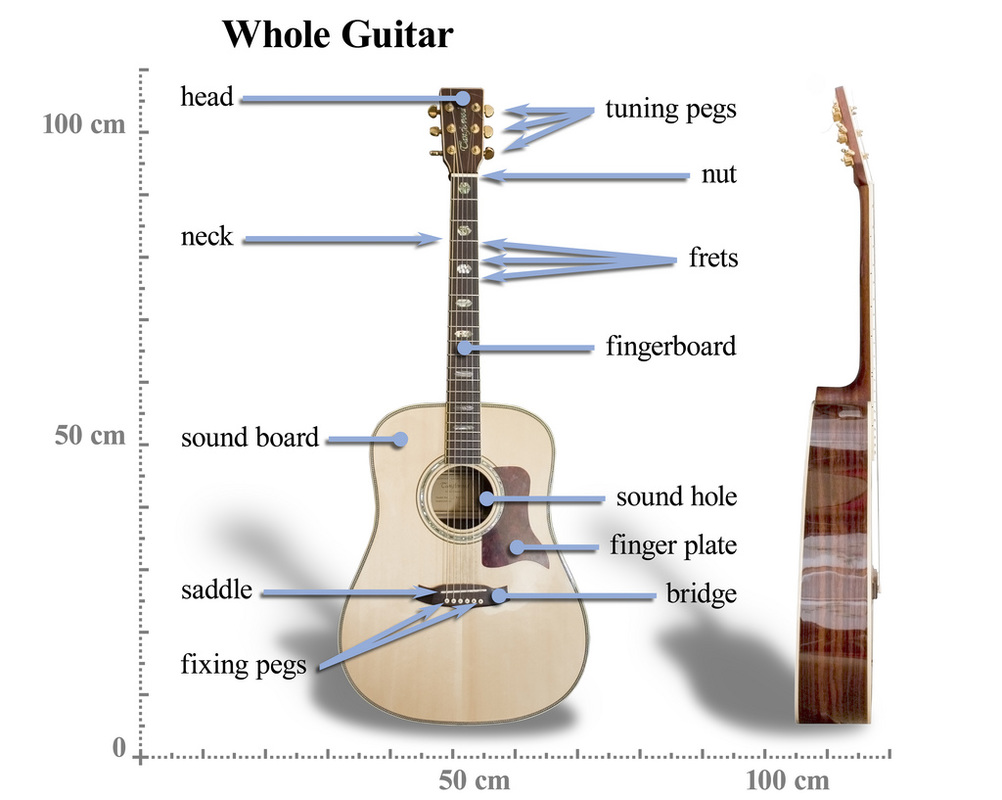 Locate the FINGERBOARD in the image above.

The fingerboard (also known as the fretboard) is the long playing surface of the instrument where we change pitch. Located on the fingerboard are small raised metal bars called FRETS.

The FRETS divide the fingerboard/fretboard into musical intervals that create the different notes of a song.

As you have learned in PITCH, KEY, ACCIDENTALS, each of the sounds made by an instrument is assigned a letter name and in some cases, an a sharp or flat sign. The image below shows each of the notes produced by the guitar and their letter name and sharp/flat. The number at the top of the chart indicates the fret number of the fingerboard.

Another way to think about the guitar and pitch is to remember that when we move our fingers up to higher frets on a string we are also raising pitch. If we go to a lower fret on the string, the pitch will also be lower.

There are several ways to read guitar music. One of the ways is called TABLATURE, or TAB.

Here is another example of TAB showing all the notes that can played on the guitar between the open tones of the lowest and highest strings.
EXTRA HELP - 1 MINUTE TAB LESSON
​Want to learn more about TAB? Check out the one minute video below.