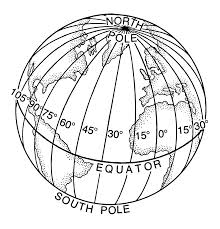 First, consider how the map and compass are used to find a location.

On a map, there are horizontal and vertical lines, called longitude and latitude, that determine a location's exact position.

In addition, a compass is used to determine the directions of North to South (vertical), West to East (horizontal), and everything in between.

These five horizontal lines, called a STAFF, can be considered the map that all music is written on.

The staff is divided by vertical lines called BAR LINES and the space between them are called MEASURES.

Each measure is a segment of time containing a specific number of beats. Measures in music help to define the feel of the music as well as making it easier to read. You'll learn more about this in the lesson LENGTH, TIME, TEMPO.

When you combine the staff, bar lines, and measures, you have a blank musical sheet (called sheet music or manuscript) to begin composing your ideas.

Below is an example of a piece of sheet music with staves (plural of staff), barlines, and measures. 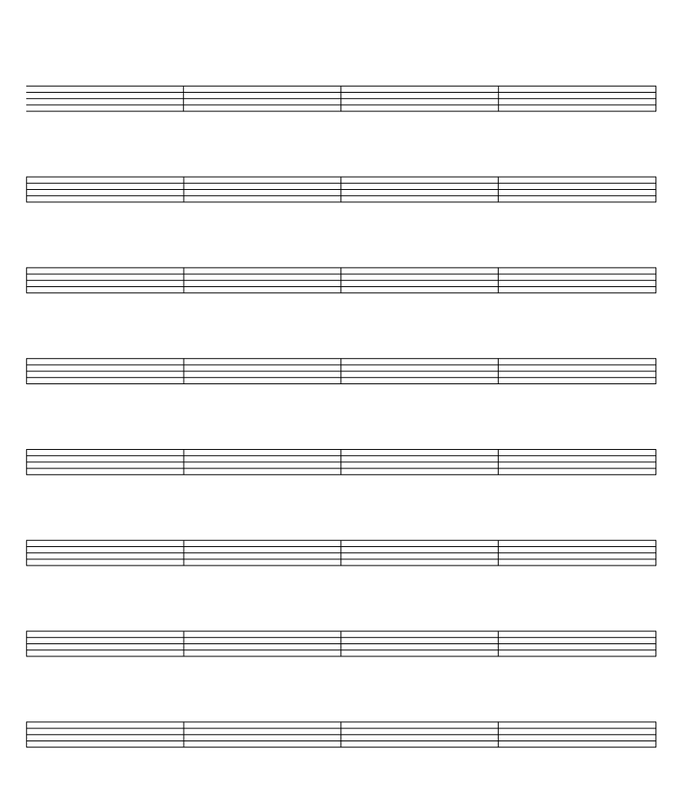 All you need now are symbols to represent the sound you want played.

These symbols, called NOTES, are placed on the staff and represent the sounds you play or sing.

The staff and notes are used in combination with other symbols, called the TREBLE CLEF and BASS CLEF to tell us exactly which note to play. 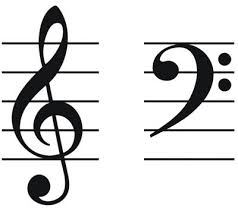 With the clef in place, the exact location of the note on the staff represents a specific sound, no matter what piece you are playing or on what instrument. For example, the notes circled in the example below all represent the same sound because they each appear at the same place on the staff.

Lastly, the treble clef and bass clef can be used together to create a GRAND STAFF, which is two staves that are joined by a brace. The grand staff is often used for instruments like the piano, organ, or harp, which play both high and low sounds. 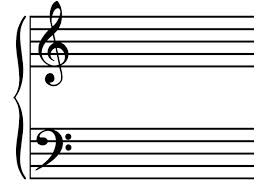 Written music, called NOTATION, works like a map to show us which sound to play and for how long. Symbols called NOTES represent the sound and are placed on a series of five horizontal lines called the STAFF. In addition, two symbols called the TREBLE CLEF and BASS CLEF are used with the staff to specify high or low sounds. They can be used together in a GRAND STAFF. Lastly, the shape of the NOTE determines how long the sound should be played.