Music notation shows the duration/length of sounds using symbols called notes. Some notes have white centered NOTEHEADS while some noteheads are solid black. Some noteheads have STEMS or additionally, FLAGS.

When two or more notes with flags are written next to each other, they are often connected by BEAMS.

The various combination of noteheads, stems, and flags create a series of symbols (e.g. notes) that are related to each other in duration.


Below is chart showing the relationship between the most common music notes. 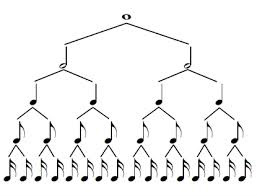 Each of these symbols has a name. 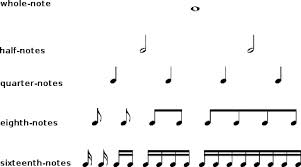 In addition, there are symbols that are used to represent silence. These symbols are called RESTS. 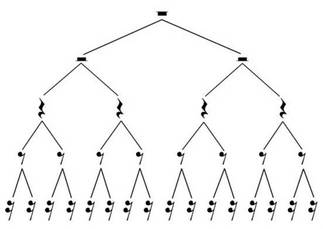 Each note or rest lasts for a specific number of beats. Below is a chart showing the length, in number of beats (in 4/4 time - more on this later), of the most common notes and rests. 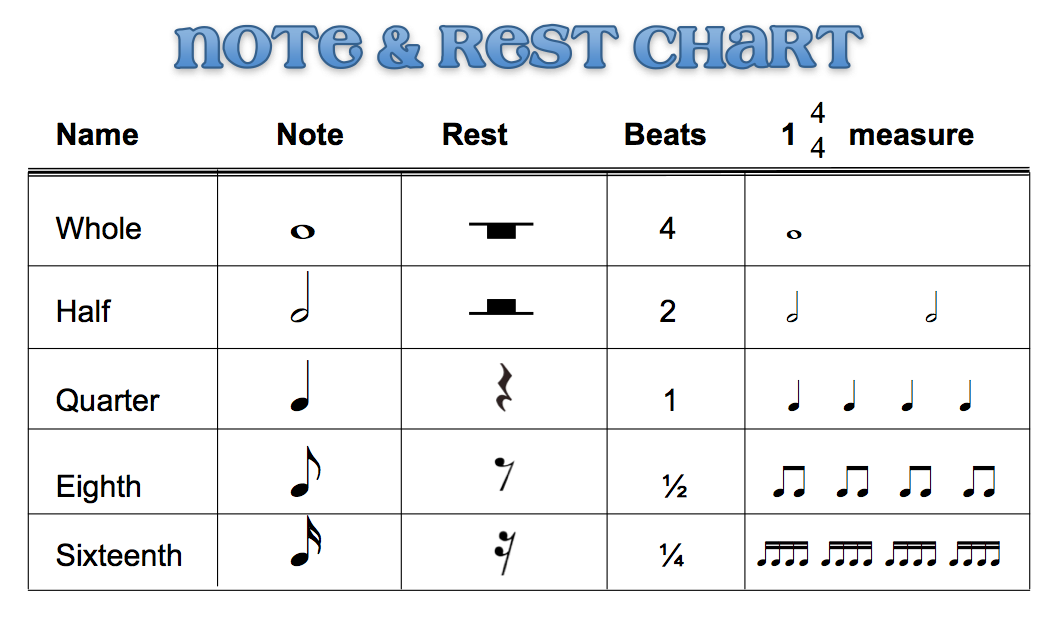 Notes and rests work together with the TEMPO to determine the exact length of time of the note or rest.

Both are determined by the BEAT - the steady pulse of music. When you tap your foot while listening to music, you are (hopefully!) tapping it to the beat of the music. You can also think of the BEAT as the heart of the music (heartbeat=steady pulse).